Beerfest at the Ballpark returns for seventh year 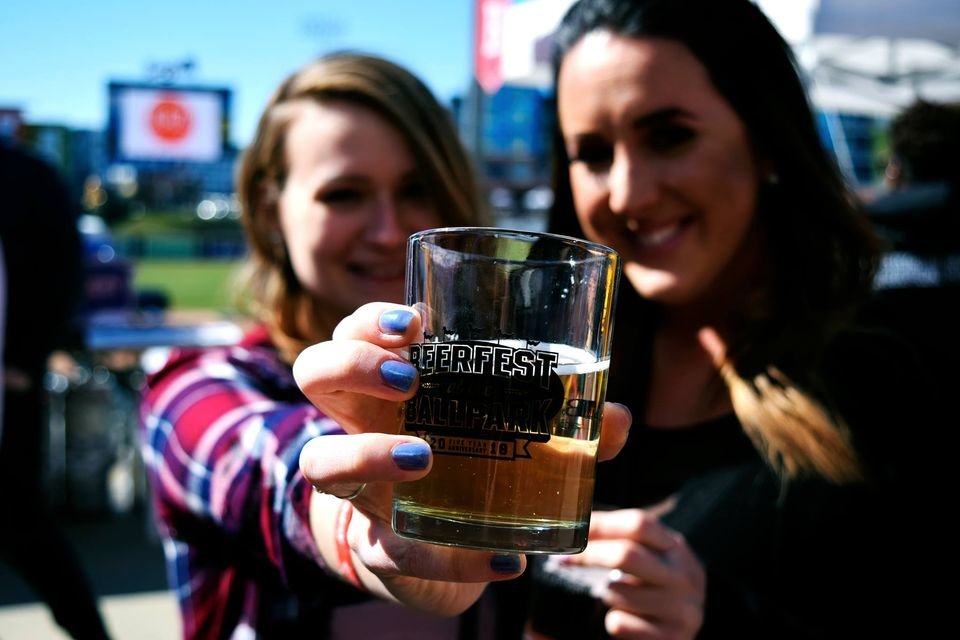 Three hundred Michigan-brewed beers, ciders and spirits will be available for tasting on Saturday.
Courtesy
Posted Friday, April 29, 2022 8:56 am
Beerfest at the Ballpark

FRIDAY, April 29 — Don’t strike out on your chance to try some of Michigan’s best brews.

Tomorrow marks the return of Beerfest at the Ballpark, an outdoor beer, cider and spirits festival at Jackson Field. Over 60 breweries and cideries will offer drink tastings throughout the day.

This is the first festival since 2019, and 300 beers and ciders will be available for sampling. Over 20 rare beers are also going to be on hand to try as well, if you purchase a VIP ticket. Non-beer drinkers, don’t worry — there’ll be seltzers, wine and ready-to-drink cocktails, too.

Paul Starr, one of the festival’s organizers, described it as “relaxed and casual.” Starr helped plan the first Beerfest at the Ballpark in 2014. For this seventh festival, he anticipates the crowd will be “out to have a good time.” In the past, crowds have reached 4,000.

“It’s probably more important now than ever that people need to get away and not think about what’s going on in their lives for a few hours,” Starr said.

The full list of beer, cider, mead and other spirits can be found on the festival’s website. Local vendors — like EagleMonk Pub and Brewery and Looking Glass Brewing Co. — will be present, alongside other Mitten State breweries like St. Ambrose Cellars and Upper Hand Brewery.

“There’s a lot of new options,” Starr said. “With the pandemic, things have changed. Some places are in business and some places aren’t. We have quite a bit of a different festival list than we did a couple years ago.”

Starr said he’s most excited to try beers from Archival Brewing, which specializes in historic-style beer types that “aren’t in the mainstream.” He’s also looking forward to trying ciders from Boss Cider Co., a Leslie-based cidery established in 2019.

The festival also features live music, and organizers added a third stage for this year’s event. Five local artists — Black Barn Band and Wild Honey Collective, to name a couple — will be performing anything from alt-rock to country for festivalgoers to “vibe to” while enjoying their drinks.

“After everything that people have gone through in the last two years, it’s fun to get out, come to a festival and just have a good time,” Starr said.

Tickets start at $35 (or $10, if you’re the designated driver) and can be purchased online or at the Jackson Field Box Office for those 21 years of age and older. Each ticket includes entry, a logo souvenir glass and 10 tasting tickets.

The tasting tickets are redeemable for a 3 ounce pour of one of the hundreds of beers and ciders. More expensive or stronger drinks will require two tickets. Additional tasting tickets will be available for purchase at the festival at $1 per ticket.

Remembering ‘a poet and seeker’

Author remembered for penning ‘The Bible’ of Michigan architecture

The blue thread: Jazz fills the summer air in Lansing

FRIDAY, Aug. 5 — Jon Horford has conceded he lost the Democratic primary for the 77th House District.  “All absentee and in-person votes are up to date and accounted …