Goodfellas Bagel Deli is a hit 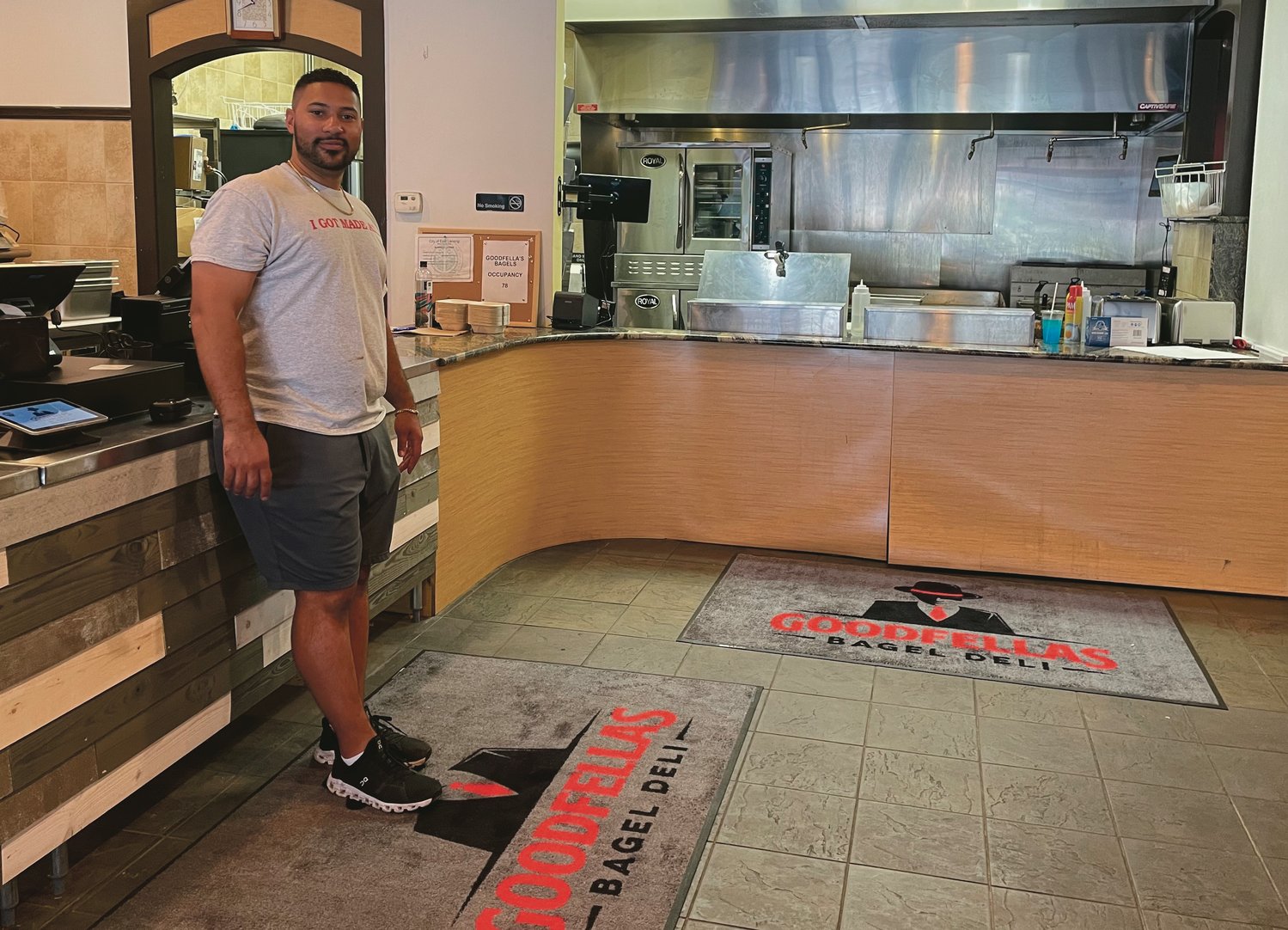 ‘As far back as I can remember, I always wanted a bagel’”
— Quote from opening scene of "Goodfellas" (...well, almost)
Goodfellas Bagel Deli

Adrian Joseph, 27, grew up in his family’s restaurants, sparking an interest in the hospitality industry. That interest grew from his time in professional kitchens and led him to study at the Secchia Institute for Culinary Education in Grand Rapids.

In the spring of 2019, Joseph learned a space was available at 625 E. Michigan Ave., in downtown Lansing. Joseph thought the former ice cream shop looked like an attractive spot on the corner and, although small, had tons of potential. By January 2020, he opened the original 720-square-foot Goodfellas Bagel Deli location.

“The idea for Goodfellas Bagel Deli came from pure vision,” Joseph said. “I imagined a corner joint in New York that served great bagel sandwiches — that felt like a hole-in-the-wall place, similar to a bodega. (I thought) this building could very well be something like that.”

Visually, he adopted a New York mafia theme, which was a hit. After the “second grand opening” in May, following mandatory COVID shutdowns, Goodfellas took off. “We just kept getting busier and busier until it made sense to look for more locations,” Joseph said.

After an opportunity to open up a spot in the Capital City Market arose, Joseph jumped at the chance to reduce wait times for customers at the original location by directing them across the street. A month after that August expansion, Goodfellas finalized a third location in East Lansing. With a grand opening planned for late September, the East Lansing spot is in its soft-opening stages, serving customers at 235 Albert Ave., next to El Azteco.

“The East Lansing location is definitely the biggest project I've ever worked on. It’s close to 2600-square feet, and it's a huge expansion in space compared to where we started,” Joseph said. “There is plenty of sitting room for people to dine in. If students want to get together and enjoy breakfast together, we also offer late night hours on the weekends until 3 a.m.”

“Sure, it’s just bagel sandwiches,” Joseph said, “but the ingredient combinations and flavor profiles we offer are truly unique, and the names and vibe of the joint are great.

“And the customer's reactions to Goodfellas have been first class,” he added. “You'll get some people that come up and just start dropping lines from movies like ‘The Godfather’ or ‘Casino.’ You can tell they love it. Everyone’s got a little mafia in them,” he joked.

How to set up your home office for success