A look inside the Capitol’s Heritage Hall 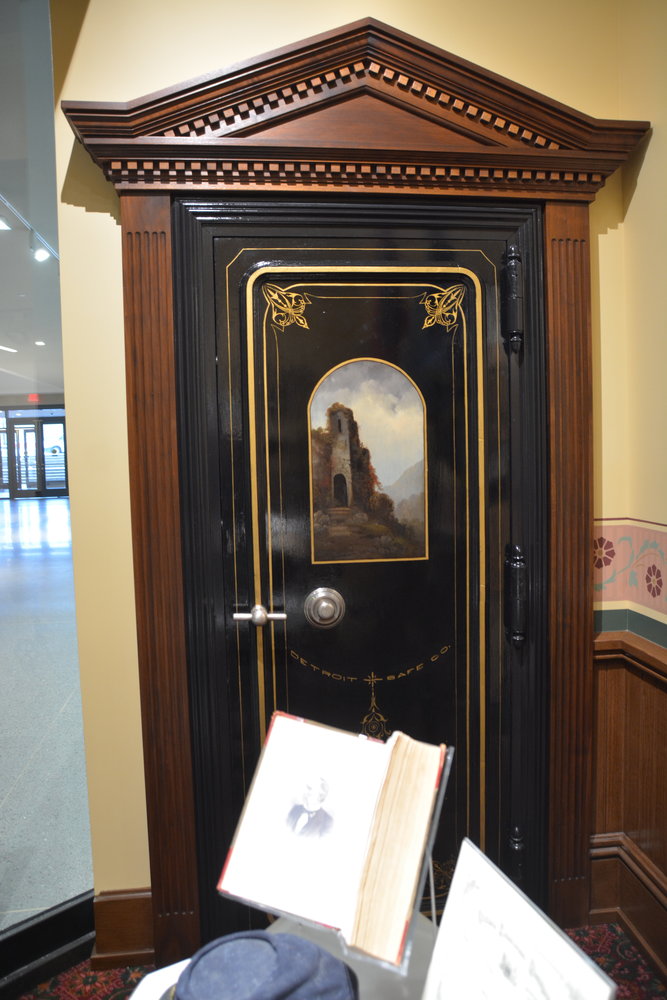 This original hand-painted safe door was discovered in storage and was restored to its original grandeur. There were numerous safes in the Capitol used to store important documents when the building opened in 1879.
Posted Thursday, December 1, 2022 12:01 am
For more about Heritage Hall
An essay by historian David Siwik — Heritage Hall: Elijah E. Myers, Harriet Tenney and the 21st century

Story and photos by Bill Castanier

The new Heritage Hall provides extensive space for displaying important artifacts relating to the Capitol. Through these pieces of memorabilia, the history of the state comes alive. Prior to the new addition, many of these items had never been on exhibit. As time moves on, their importance in telling the story of the Capitol will only increase.

New space in Heritage Hall provides for the proper care and storage of historical artifacts such as the green polka dot bow tie favored by Governor G. Mennen Williams. Williams, Michigan’s 41st governor who served from 1949-1960, not only wore his signature bow tie with pride — he would give replicas as gifts. The Governor was seldom seen without his bow tie. The tie in the exhibit is one he presented as a gift to a non-profit organization hosting a fundraiser.

Frank Fitzgerald, Michigan’s 34th and 36th governor, used the brown leather tear-off calendar featured in the exhibit to keep his daily schedule. The calendar was a personally monogrammed gift from Continental Distilling Corp. and was recently discovered at a local antique festival. Fitzgerald, from Grand Ledge, was one of only two Michigan governors who served non-consecutive terms. He died in office in 1939, shortly after winning his second term. The 1939 calendar shows an appointment he was unable to keep due to illness.

Valerie Marvin, state Capitol historian and archivist, said many of the exhibited items are gifts from residents and former legislators and staff. She said that portions of the exhibits will be switched out every year so visitors can experience a broad variety of artifacts in the collection. 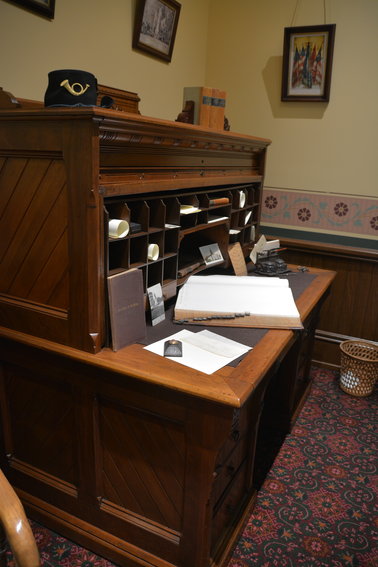 One of about two dozen desks purchased in 1878 and used in state offices for many years. Currently, the desk is used to display typical 19th-century … 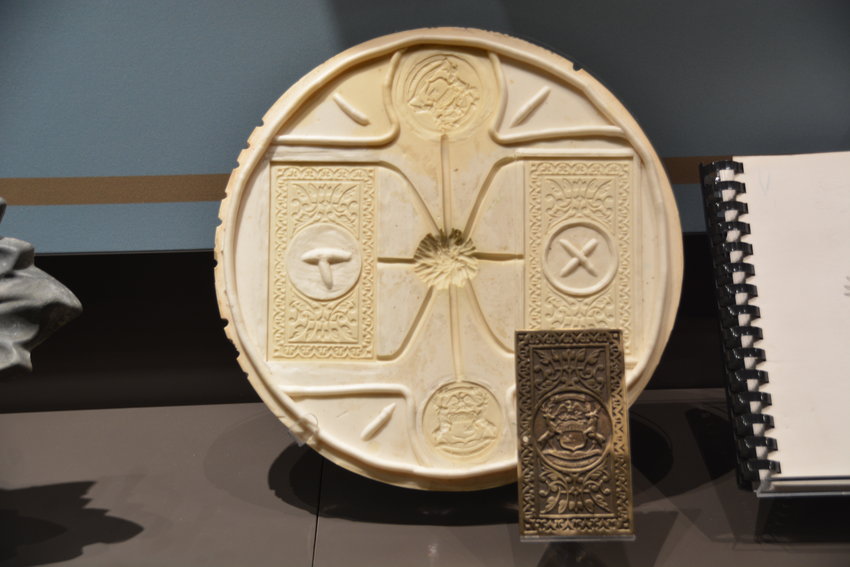 The mold used to manufacture hinges for the doors in the Capitol during its 1987-1992 restoration was saved after the manufacturer ceased business. … 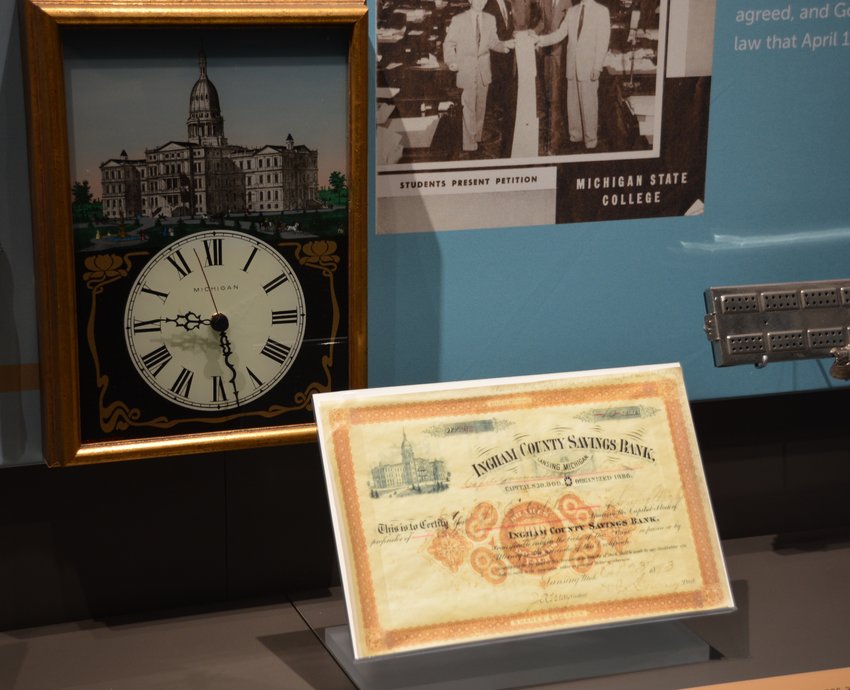 The striking architecture of the Capitol was often incorporated into the corporate logos and letterheads of Lansing-area businesses. This late … 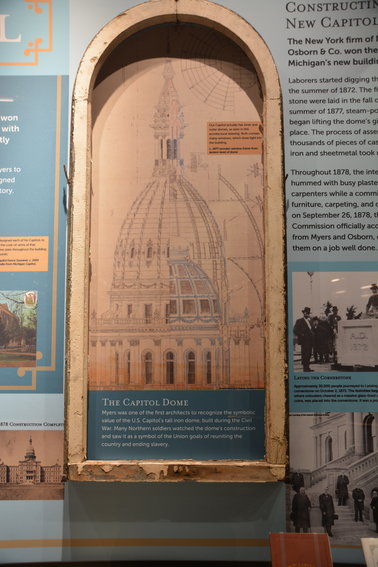 An architectural drawing of the Capitol dome. 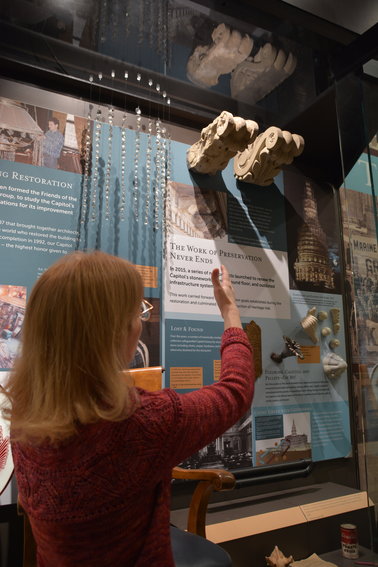 Two of the actual modillions are on display so visitors can get a close-up look at some of the roofline’s architectural embellishments. Nearby is …