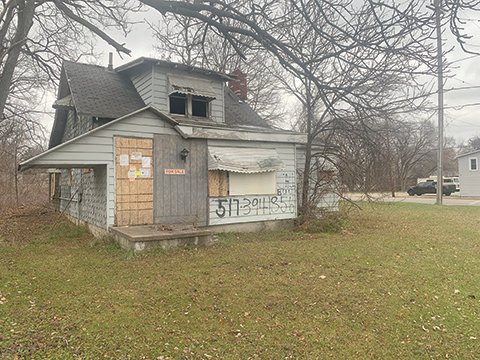 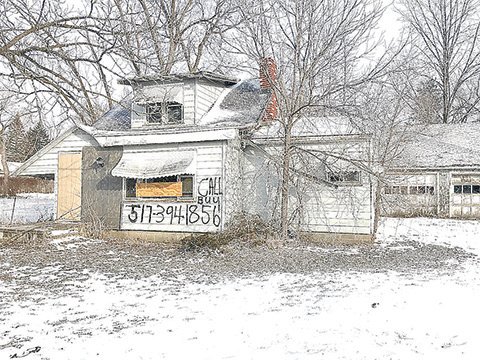 This eyesore is a rerun of sorts. A reader called our attention to this “really terrible” southside property back in March 2019. And after more than two years, it’s finally on the city’s radar too.

The City Council voted Monday to set a final public hearing this month, giving the absent homeowners one last chance to explain to the city why it shouldn’t be bulldozed to the ground.

The dilapidated home was deemed “unsafe and dangerous” by the city and red-tagged in 2016. In September, the city’s Demolition Board ordered it be repaired or demolished by late October.

Boards have covered home’s doorways and the windows for years. The siding has mostly peeled off the garage. Awnings have caved in. Gutters have fallen. Landscaping is nonexistent.

And since it’s still standing there in total disrepair this week, city officials are turning up the heat.

Unless the owners step up to the plate this month, the city will likely have authority to tear down the home — and then bill the property owners for the work — by as early as next spring. The City Council is expected to have a final vote on the matter in December or January, then triggering a final 60-day window in which repairs must be made or the home can be demolished.

The residential-looking building at the corner of Jolly and Pleasant Grove roads is listed as commercial office space in Ingham County records, owned by a company named “Jones, Thomas & Robbyne.” A phone number spray painted on the front of the home leads to a generic voicemail. Multiple messages left there in 2019 — and again this week — were not returned. Still, taxes are mostly paid — except for about $300 owed from winter taxes in 2014 and 2017.